TRY BEFORE YOU BUY

Imagine being able to manage your business communications how, where and when you want ‐ via desk phone, smartphone, PC or tablet ‐ in or out of the office, across platforms from Toshiba and third parties, including Microsoft Skype® for Business.

Imagine if you could see the status of colleagues before dialing them, then click to call or message them.  Dial, answer or transfer calls without picking up the phone, just using the mouse.  Access your voice and email messages all in one place ‐ from work, from your home email system or from anywhere over the network.  Have phone calls follow you wherever you go, however you define them to.

These unified communications (UC) capabilities and more have always been available for your Toshiba IPedge on-site phone system.  Now it is simpler than ever to explore UC and see the value it could add to your organization in convenience, productivity and performance. 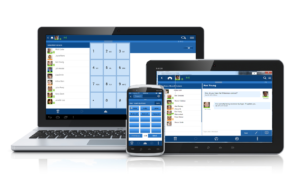