What is a Hybrid Surveillance Camera System? 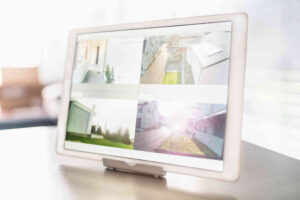 Analog camera systems rely on digital video recorder (DVR) systems. The video that is recorded on a DVR system is stored for later viewing. Standard video compression technology is used to make the files of the recording smaller – meaning multiple videos of the same length can be stored. However, there is a limit to the number of cameras that can be connected through the DVR system. Most commonly, a DVR system can accommodate cameras grouped into sets of 4, 8, 16, or 32. This limit exists due to technical limitations – the DVR systems depend on a technology known as capture cards, and there are only so many capture cards that can be inserted into a computer. Each capture card also has a certain number of open ports to use. Although analog camera systems are generally less expensive than IP camera systems, the trade-off is that the video can only be recorded in low resolutions, resulting in low-quality images.

ACC Telecom provides voice communication and cloud-based solutions tailored to the needs of your business. We have over 38 years of experience in the telecommunications industry and pride ourselves on offering customers top-notch service and affordable prices. To get a quote or learn more about how we can help your business grow, give us a call at 410-995-0101. For more interesting articles and tips, follow us on social media on Facebook, Twitter, LinkedIn, YouTube, and Google+.